Video marketing is only getting bigger, better, and more competitive. Anywhere you scroll, you're seeing more branded media, from packaging videos to how-tos to customer testimonials.

What are your plans for video in your marketing strategy? Maybe our statistics on the state of video marketing can help you decide.

Video is taking over the web.

Eighty-two percent of all consumer internet traffic will come from online video by 2022. (Social Media Week)

Viewers have seen 50,000+ years of product review YouTube videos on mobile in the past two years. (Google)

One third of online activity is spent watching video. (WordStream)

The number of United States video viewers is projected to reach 248.9 million in 2022 — that's about two thirds of the United States! (Statista)

Video marketing has grown to a $135 billion industry in the United States. (Social Media Week)

Ninety-six percent of people have watched an explainer video to learn more about a product or service. (Wyzowl)

Viewers retain 95 percent of a message when they watch it on video. (Forbes) 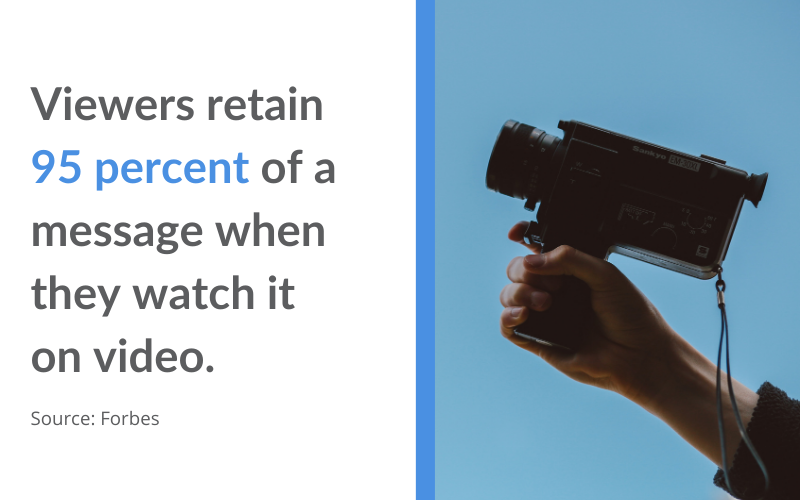 Seventy-four percent of marketers say video has a better return on investment than static imagery. (Biteable)

Video ads are the number one way consumers discovered a brand they later purchased from. (Animoto)

Eighty-four percent of people say that they’ve been convinced to buy a product or service by watching a brand’s video. (Wyzowl)

Video is good for SEO.

Having a video on a landing page makes it 53 percent more likely to show up on page 1 of the SERP. (WordStream)

Time your videos for the best results.

Mid-week is the most popular time for business video views. Thursday between 9 and 11 a. m. PST sees the most engagement. (Vidyard)

When it comes to how long your videos should be, media that's longer than 15 minutes accounts for over half of all video engagement despite being 8 percent of all video produced. Don't be afraid to go in depth on the right channels! (Twenty Three)

The formatting for your videos matter. 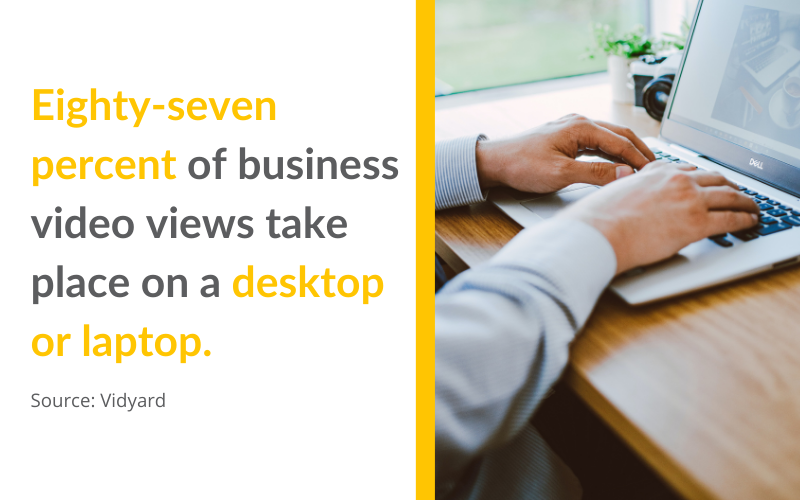 Mobile business-related video views have increased from 11 to 13 percent in the past year. (Vidyard)

If your users are watching on browsers, 61 percent of watchers are on Chrome and 15 percent are on Internet Explorer. (Vidyard)

Fourty-eight percent of people want videos to reflect the specific products and services they own or are interested in; 43 percent an interactive video letting them decide what to view and when; 33 percent recommendations for what they could or should to next. (Marketing Charts)

Seventy-two percent of your customers will only engage with a marketing message if it's personalized. (Think explainer videos about specific products services and features suited to their needs.) (Smart Insights)

Your social channels will matter: 58 percent of consumers check a brand's social pages before visiting their website. (Animoto)

Sixty-two percent of viewers are more interested in a brand or product after seeing it in a Story. Over half of viewers say they've made a purchase because of Facebook Stories. (Facebook, via MarketingLand)

Thirty-eight percent of marketers use video on LinkedIn. (Wyzowl)

Thirty-one percent of marketers are going to use video on Twitter in 2021. (Wyzowl)

Where are users watching video from brands? The top three platforms are Facebook, Instagram Stories, and Snapchat. (Animoto) 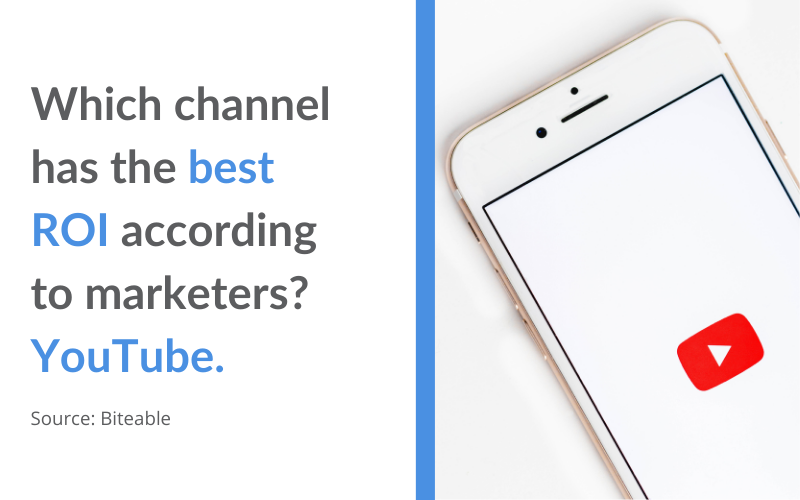 Video marketing doesn't have to be hard.

Sixty-four percent of marketers consider video the most difficult content to create. (Small Business Genius) Let's show you why it isn't too much fuss with the right resources.

Marketers have four concerns when making a video: No strategic approach to video marketing, a lack of talent, a lack of time, and not enough team resources. (wave.video)

When viewers are asked to rank the reasons they watch a video, "high production quality" and "famous celebrities" are near the bottom of the list. (HubSpot)

The younger the audience, the less they care about high-value production quality. Gen Z and millennials are more accepting toward user-generated content, too. (HubSpot)

Ninety-two percent of video marketers are making content with assets they already have. (Animoto)

Most companies use external resources to some extent to get the job done, with only 26 percent of  businesses relying entirely on internal resources. (Vidyard)

We can help you get video testimonials.

Best Company helps businesses from all industries gather reviews they can use to increase conversions and build brand trust. See what makes us different from our competitors.

Webinar: How to Stop Losing Customers

How to Use Social Proof to Build Trust with Your Customers