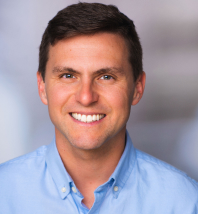 The day has finally come. A customer writes a condemning review and mentions that they’re not surprised by your terrible service, given your low BBB score. You look up your business, and the Better Business Bureau makes the first page. To your chagrin, you already have a scathing complaint and a D+ score. What went wrong? You see the reasons for the rating:

So now one customer complaint has more weight than your hundreds of positive reviews elsewhere? This just became a headache.

What is the BBB?

The Better Business Bureau has been operating since 1912 as a private, nonprofit company that lists businesses and attributes them a score based on several ranking criteria. The BBB has over 100 locations that are independently governed, many of them based in the United States. 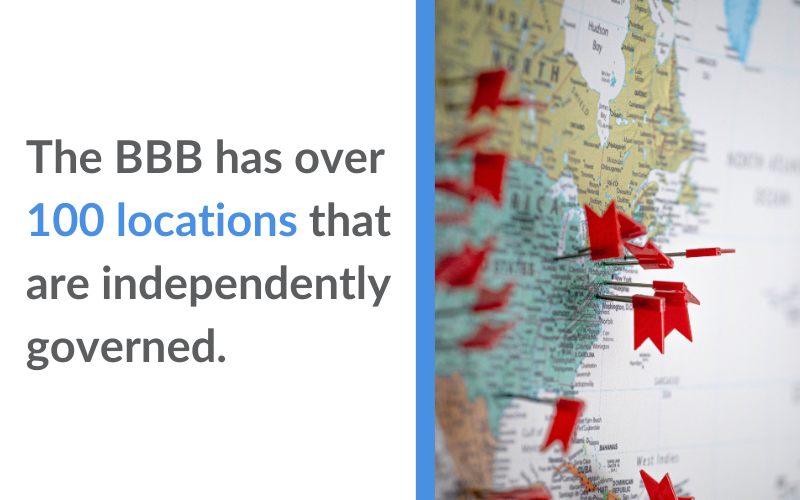 Contrary to popular belief, the BBB is not a governmental agency. But the .org suffix goes a long way in building that reputation, and though the BBB makes it clear that they are not a government organization, many customers assume otherwise.

Why use the BBB?

Consumers trust the BBB. It’s the second most trusted review site, up there with Google. The BBB is one of the top five sites customers use to learn about local businesses (though we’ll learn why that may be less true than customers think later on in this article).

That reputation is monumental. It makes the BBB a key player in the review space.

Your BBB complaints can haunt you if you leave them unanswered. Conversely, having that BBB Accredited badge on your site establishes trust with your shopper. It’s clear that working with the BBB will save you some tough conversations with customers about why your score is so low or why your complaints are unaddressed.

However, the BBB has some serious hang-ups we also need to discuss. Let’s deep-dive into the pros and cons of the Better Business Bureau.

Like we mentioned before, shoppers trust the BBB to score you accurately. They also attribute authority to the BBB, though thinking of it as a government institution is a misconception.

The good news is if you maintain an A ranking on your BBB profile, this will help your business in the long run, because customers will trust your brand.

Getting accredited kicks the positive consumer perception into high gear.

The BBB accredits businesses that follow its eight Accreditation Standards:

Businesses fill out applications, wait for approval, then pay fees to become accredited — more on those fees later.

Once you’re accredited, you can advertise this with a badge. That BBB seal reassures shoppers that you work with trusted third parties. In fact, 48 percent of people say trust badges reassure them that a site is trustworthy. 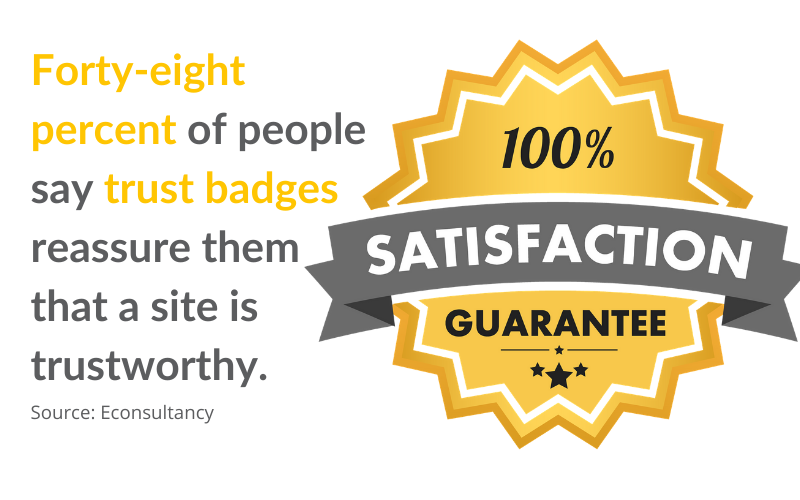 Being BBB accredited also helps you manage your listing. Accredited businesses can update their profiles with hours of operation and information about their services. The BBB also offers dispute conciliation services, directory listings, and even Grow with Google webinars. Here’s the full list of what you can expect from being accredited:

The BBB allows searchers to filter by accredited businesses, meaning you’ll be in the lineup when they’re looking for a local company.

For time in business, the Better Business Bureau deserves an A. The BBB is over 100 years old and has been grading companies based on marketplace trust before many of the big review platforms even launched. The fact that they’ve stuck around for so long in the review space is what makes them a major player.

The BBB isn’t managing profiles on a national level from one place of operation. If you apply for accreditation, a BBB location near you will work with you to review your application and approve your profile.

The Better Business Bureau makes an effort to vet their reviewers, so businesses know they’re real customers. The BBB requires reviewers to leave a name with their review, and they also claim to make an effort to validate their email addresses and phone numbers.

Traffic isn't as high as you think

According to Venndasta’s 2020 analysis, the BBB only gets about 6 million visitors a month. That’s still a lot, right?

Well, you’d think its traffic would be proportionate to how customers rank is trustworthiness — the BBB is second only to Google in that regard. But Trip Advisor, Yelp, Facebook, Amazon, and Google are all raking in more monthly visits by significant margins. Trip Advisor ranks higher than the BBB at 28 million visitors a month, and it goes up from there.

It looks like, despite consumer trust, shoppers are also looking at other platforms to do their research. Don’t write off other platforms for greater visibility, and don’t put your eggs all in one basket. Most proponents of the BBB argue that it’s where consumers go when they’re looking for a trustworthy company. It looks like consumers are checking more sources.

Read also: The Pros and Cons of Google Reviews

For the services the BBB offers, accreditation may seem steep. These were the listed 2020 prices:

Fees increase by $1 for every employee over 500, and they also include additional fees for franchises and certain locations.

Since one of the biggest perks to accreditation is a badge, shoppers should look for other platforms to manage their reputation and see what other services they have to offer.

The CEO of the California chapter, William Mitchell, was the one who designed the BBB’s letter-grade system to replace its favorable/unfavorable one.

Since the scandal, William Mitchell has resigned and the BBB promised to have a third-party conduct an investigation into their rating system. But consumer trust was shaken.

The BBB has two separate sections for customer feedback: complaints and reviews.

Having a separate section for complaints can put an emphasis on the negative aspects of a business. This is especially true when you consider that reviews aren’t factored into a company’s rating. A company could have an A+ BBB rating and all one-star reviews. Conversely, a company could hypothetically flunk their BBB rating and have five-star reviews.

Reviews are separate from complaints, but does that make sense? Isn’t a bad review a complaint? It’s fine for a review site to use a combination of several ranking criteria for scoring accuracy, but separating complaints and reviews might be creating a disconnect between customer sentiment and BBB score.

At the time of this publication, the BBB doesn’t have stellar ratings on other platforms that allow customer reviews. On Sitejabber, it’s hovering over two stars. On TrustPilot, about one and a half. Some of the BBB’s highest ratings come from G2.com, Inc., with over a dozen reviews putting it around four stars.

Most positive reviews mention how the badge improves their conversions. Critical reviews mention that it’s all they really use the BBB for or complain about high fees and complaint resolution processes.

The BBB doesn’t seem to respond to its reviews. That’s fine if BBB believes these competitor review sites aren’t credible, but how are consumers supposed to know the BBB is trustworthy from a third-party source? The BBB should consider working with at least one review platform to gather trustworthy customer reviews.

In 2015, CNN alleged that the BBB makes most of its money from the businesses it manages for their accreditation. This could create a conflict of interest, because the BBB aims to help consumers find trustworthy businesses but the bureau’s money comes almost entirely from the companies they list.

If the BBB adjusted the ranking algorithm to better factor in customer sentiment, their business model might not be so bad. But again in 2015, CNN reminded readers that some of the accredited BBB companies had founders facing jail time, while more respectable companies like Microsoft and Starbucks hadn’t paid their fees and therefore had low trust scores. Since CNN’s exposė in 2015, that appears to have changed. Companies like Google and Microsoft are not accredited but still enjoy relatively high ratings.

It makes sense that businesses that are accredited have held themselves to a higher standard and are therefore high-rankers. But it also seems that most of the BBB’s score relies on how well you honor the BBB’s complaint resolution processes:

Many unaccredited businesses are losing points because they are choosing not to use the BBB’s arbitration, answer complaints, or resolve them. They may be doing so offsite, or they may not trust BBB to be the best platform to respond to their customers.

Much of BBB’s scoring is subjective. You’ll notice that its ranking factors rely on the phrasing “in BBB’s opinion” for some of its most heavily weighted scoring factors, such as resolving complaints or honoring mediation. Here is an excerpt taking from a breakdown of the BBB's rating elements:

“1.   Business's complaint history with BBB.
The BBB rating takes into account the following information with respect to closed complaints that relate to a business's marketplace activities:

The badge could also hurt your conversions

Remember how we mentioned that 48 percent of people say trust badges reassure them that a site is trustworthy? That only works if you also have positive BBB reviews in addition to your A+ score.

Research from Inflow found that removing the BBB badge on their clients’ pages improved conversions by 5 percent. This wasn’t always the case. Before the BBB allowed customer reviews, the badge could increase conversions by 4 to 15 percent. Now, when customers click on your badge, your one-star review score may overshadow your A+ rating.

Some of your customers may be pointing to your BBB profile. But with the facts above, you can reassure them that the BBB isn’t everything it seems, and they should also be researching your brand on other review sites.

Some review sites offer better marketing tools, easier review campaigns, and ranking algorithms you prefer. Learn how you can break free from the BBB.